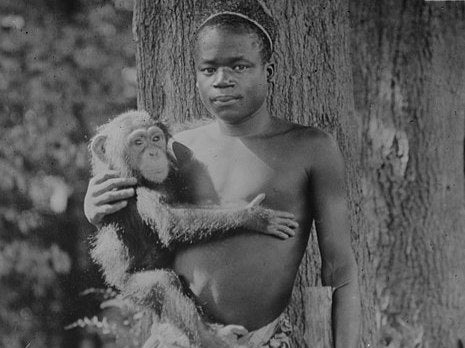 The Independent employs reporters around the world to bring you truly independent journalism. To support us, please consider a contribution.

The Bronx Zoo has apologised for exhibiting an African man alongside monkeys in 1906, in what zoo officials dubbed a “reckoning with our past”.

The Wildlife Conservation Society (WSC), which operates the Bronx Zoo, said in a public statement on Thursday that it had re-examined its history since protests against systemic racism were sparked by the death of George Floyd, a black man, in police custody in May.

“In the name of equality, transparency, and accountability, we must confront our organisation’s historic role in promoting racial injustice as we advance our mission to save wildlife and wild places,” said WSC.

Sharing the full story, not just the headlines

In an admission, the zoo’s operators said they had historically demonstrated “unconscionable racial intolerance” in the treatment of a young Central African man named Ota Benga.

Benga was from the Mbuti people of present-day Democratic Republic of Congo, and was transported to the United States in 1904, according to reports.

Over several days in September 1906, Benga went on display in an exhibit inside the zoo’s Monkey House.

The exhibit, which was spearheaded by then Bronx Zoo director William Hornaday, was eventually forced to close when local black ministers criticised the zoo’s actions.

“Robbed of his humanity and unable to return home, Ota Benga tragically took his life a decade later,” added WSC.

The public apology marks the first time the institution, which was founded in 1895, has formally apologised for the treatment of Benga.

WSC also apologised on Thursday for “bigoted actions and attitudes in the early 1900s toward non-whites — especially African Americans, Native Americans and immigrants”

An apology was also issued over the writings of two WSC founders, Madison Grant and Henry Fairfield Osborn, Sr, who helped found the American Eugenics Society in 1926.

“Specifically, we denounce the eugenics-based, pseudoscientific racism, writings, and philosophies advanced by many people during that era, including two of our founders,” said WSC.

Grant’s book “The Passing of the Great Race,” which included an excerpt from Osborn, had been used by a defendant in the Nuremberg trials into crimes committed by the Nazis, said WSC.

The WSC announced plans in a letter to staff on Juneteenth, the annual holiday marking the end of slavery in the US, to research its past and provide more details.

The apologies come as the society marks its 125th birthday this year.