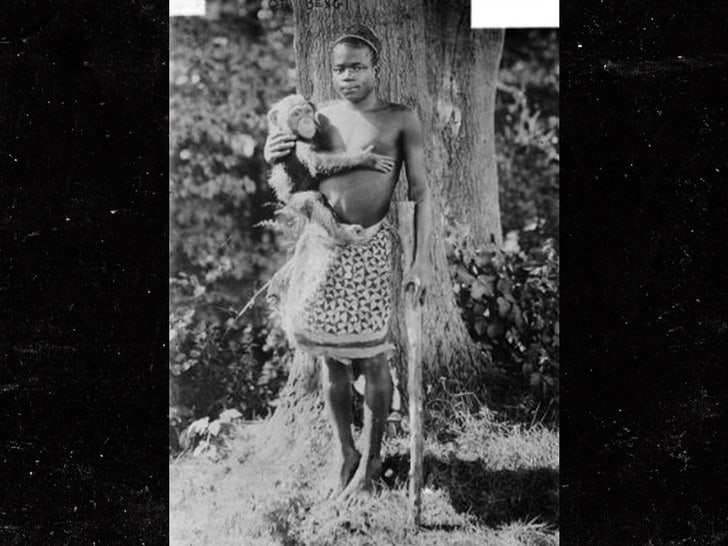 More than 100 years too late, the Bronx Zoo is apologizing for its horrific treatment of Ota Benga, a Central African man, who was actually on display in the zoo’s monkey house … with an orangutan.

The Wildlife Conservation Society — the organization that runs the zoo — is formally apologizing for the 1906 imprisonment and caged display of Benga for one week.

The WCS says … “We deeply regret that many people and generations have been hurt by these actions or by our failure previously to publicly condemn and denounce them.”

The apology was clearly prompted by the social activism since George Floyd‘s murder, and the WCS added … “We recognize that overt and systemic racism persists, and our institution must play a greater role to confront it.”

Benga was a member of the Mbuti people of the present-day Democratic Republic of Congo, and for several days during the week of Sept. 8, 1906, he was held in inhumane conditions, forced to live with an ape … and was only allowed short periods of time outside.

Benga started to resist and threaten zoo attendants, and was only released after a delegation of local black churches demanded it. When he was finally freed, Reverend James Gordon took him in at his Brooklyn orphanage … but Benga died by suicide 10 years later.

The WCS also denounced past racism of 2 of its founders, and is making all records related to Benga publicly available in an effort to be more transparent.