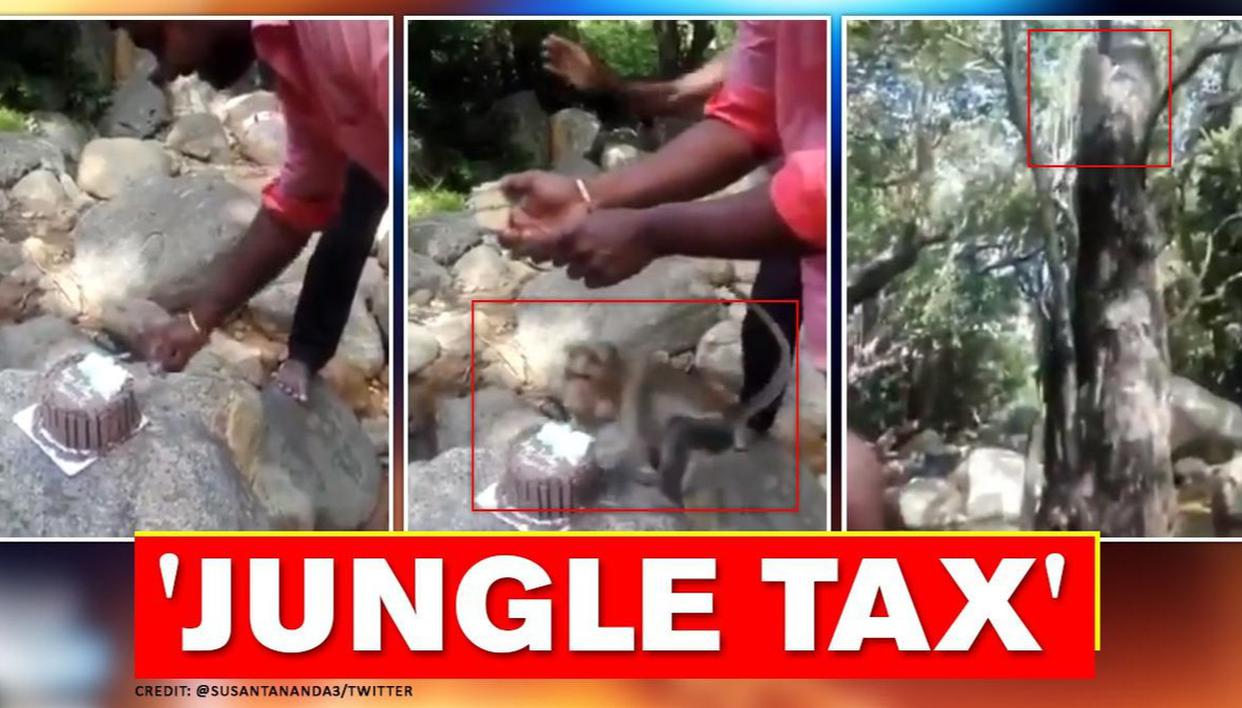 From a monkey pulling off a robbery at an ATM to a monkey wearing a ‘face mask’, hilarious videos of the animal have entertained netizens several times. Recently, another video of a monkey interrupting a ‘wedding anniversary’ celebration by stealing the cake has left internet users in splits. Shared on July 9 by IFS Officer Susanta Nanda, the clip shows a monkey running away with the most important part of the celebration, the cake.

The short-clip shows a group celebrating an anniversary in a forested area. A man can be seen cutting a cake which is kept on a rock. As soon as the man cuts a slice of the cake, a monkey appears at the scene, grabs the cake and runs away with it. While everyone seemed to be enjoying, the ‘mischievous’ monkey, in a blink of an eye, steals the cake and runs up a tree, leaving the group shocked.

Since shared, the hilarious video has been viewed over 29,000 times. With nearly 3,000 likes and several comments, netizens couldn’t stop laughing. While one internet user called the monkey ‘cultured’ as it waited for the ‘ceremonial piece’ to be cut, others wrote that the monkey was charging a ‘jungle tax’. A Twitter user said, “Decent monkey, waited till he cuts the cake”. Another added, “He is the official host of this anniversary party. After all, Jungle belongs to animals”.

A cultured monkey….waited for the ceremonial piece to be cut out before executing the heist!

Hahahaha… He must be waiting for cake to cut n to have one piece.

Certainly came as a shocker😮

Ha ha… the monkey must be trying to celebrate his anniversary

Destination Celebrations come with Perks of some Jungleee Activities… 🤣👏

READ: Ex-Marine Catches Toddler Thrown From Burning Building By His Mum Before She Died In Fire

Get the latest entertainment news from India & around the world. Now follow your favourite television celebs and telly updates. Republic World is your one-stop destination for trending Bollywood news. Tune in today to stay updated with all the latest news and headlines from the world of entertainment.